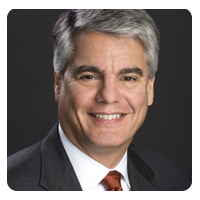 President The University of Texas at Austin

President The University of Texas at Austin

Gregory L. Fenves is the 29th president of The University of Texas at Austin. Before he became president in 2015, he served the university as executive vice president and provost and as dean of UT’s Cockrell School of Engineering. For his research and teaching, Fenves was elected to the National Academy of Engineering in 2014, the highest recognition for an engineer in the United States. He holds the Cockrell Family Chair in Engineering #15 and the Ed and Carolyn Hyman Presidential Leadership Chair at UT Austin.

As president, Fenves has prioritized student success. By introducing and expanding mentoring programs and incentive-based scholarships targeted to help students who need it most, UT Austin’s graduation rates are now at record high levels. His administration has strengthened the impact of longstanding research efforts while investing in groundbreaking new programs and facilities, including the Dell Medical School, which welcomed its first class in 2016 and is central to the university’s efforts to transform health education and health care delivery.

Diversity and inclusion are cornerstones of Fenves’ vision for higher education. In 2015, his administration successfully defended UT Austin’s admissions practices before the US Supreme Court. The landmark ruling in the Fisher v. University of Texas at Austin case enabled UT Austin to continue recruiting a diverse student body, so that all students have the educational benefits of a diverse learning environment

Fenves continues to spur innovation in higher education by advancing interdisciplinary collaboration, the integration of teaching and research and the continued evolution of student learning — both inside and outside of the classroom. He has also launched efforts to expand UT’s global reach and international opportunities for students and faculty.